Jumia House is expanding its presence in Africa and the Middle East, as house-hunters in the emerging markets embrace online property search.

Jumia House is now available in four additional countries: Qatar, Gabon, Angola and the Republic of Congo. The expansion sees Jumia House, a global real estate website which operates exclusively in the emerging markets, expand its portfolio to cover 32 countries across Asia, Africa, the Middle East and Latin America.

Jumia House’s Co-Founder and Managing Director, Kian Moini, said: “Since we launched in late 2013, Jumia House has grown at breathtaking speed. The website is now available in more than 30 countries in the emerging markets, offering house-hunters from Mozambique to Mexico access to over 800,000 global property listings.

This latest expansion comes after a thorough assessment of the state of the property sectors in these four countries. In each case, we see thriving real estate industries that are beginning to switch online, creating demand for the high-quality property portal that Jumia House offers.”

In mid-2014, Jumia House released Android and iOS apps in a bid to meet the growing demand for mobile internet services in developing countries. The company released its first research report on emerging market real estate in November, with plans to make the project an annual initiative. 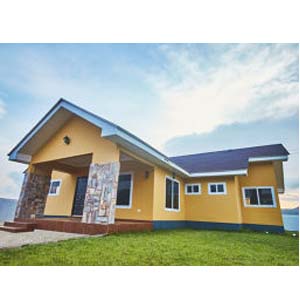 How to plan your four bedroom house