Living on campus can be a worth-while experience for many students in Ghana.

For many colleges and universities around the world, students live on and off campus, and for those who choose to live on, they are exposed to a whole new experience like comradeship and the entirety of campus life. For some it’s fraternities and sororities or extra-curricular groups and meets.

The University of Ghana, Legon, is no different in these experiences; a major part of on-campus residency is being a member of one of the university’s multiple halls.

Volta Hall chose its motto as “Akokobere Nso Nyim Adekyee” during its 10th anniversary celebrations.  Which means “the secret or knowledge of life and nature is a gift to women as it is to men”.

According to some students interviewed at Volta Hall, living in a University hall is like living between a high school’s boarding house dormitory and a private hostel.

A third year psychology student, Angeline, summed up this belief. “Before, I thought university life was about total independence. However, my experience in Volta Hall has taught me that some of the discipline espoused in secondary school is maintained here, albeit, with a sense of more freedom,”  she stated.

Some of these ‘Voltarians’ also expressed the satisfaction of great friendships, sisterhoods, and great togetherness. The feeling of community is not lost on the girls who end up living together for a stretch of 4 months or longer. From sharing common rooms, kitchen spaces to bathroom facilities, they tend to find themselves being drawn or repelled by each other depending on mutual interests.

In every community, people are known for their individual skills; Volta Hall is no different. Some of these women find their voice to speak up for others when they get into leadership roles for example, hall representatives. Others find it easier to be behind the scenes helping people.

Being a building filled with women, Volta Hall can be said to be constantly lively as the different voices of the chit chats going on creates a certain atmosphere.

Most people think being in an all female hostel would be a bad choice; there is no disputing the fact that there are disadvantages but there are certain events and occasions that make it worth the while. These Ladies with Vision and Style believe that creating a place for a group of educated women to come together and connect on not just an intellectual level but on a personal one is worth the experience. 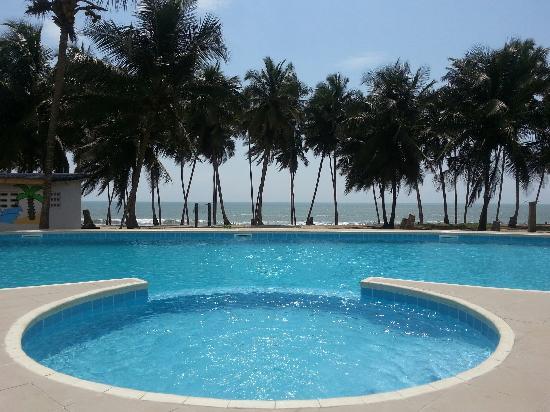