Imagine that every discarded object you passed could have another life; that seemingly valueless scraps, smeared with red dirt and dulled by the sun, could be renewed and made better than what they were before. This is what ‘junk’ architect Sammy Ansah has dared to do for nearly thirty years.

Sammy’s romance with what most would consider trash began serendipitously with a cable wheel. At the suggestion of a friend and business partner, a wooden cable wheel strewn curbside became the perfect cost-free material to furnish their new Thai restaurant in Accra. This was in 1987.

Since, Sammy has created many works with his first love, the cable wheel, and has entertained numerous affairs with other rescued materials such as broken tiles, old china, burnt tree trunks, and scrap metal. He’s combined these to fashion pieces of art, home furnishings, and an entire house. His famed residence in Abelenkpe, Accra, Casan Casan, known as the Wheel Story House, testifies to his great vision, resourcefulness, and creativity.

The House holds 12 one and two-bedroom apartments, each unique from the other. In a city where cement is king, the wooden structure is an anomaly and source of intrigue for many visitors. Reclaimed wood forms its body, and various other found things make their way in to create both living space and art.

Sammy’s wheel house is about more than captivating design, though. It radically questions ideas of potential and worth. When Sammy first started building, no one gave a second thought to letting him have the materials he sought.

“No one wanted them, so no one asked or said anything when I took them away,” he says.

As word got out that he was repurposing these materials into in-demand products, their value to their owners changed and they requested higher prices.

“Now sometimes I even have to send someone else [to get materials] for me because now they know that if I am coming for something, what I will do with it will make me a lot of money,” Sammy adds.

Value increases in tandem with one’s capacity for envisioning something better, which is why to Sammy, there’s no such thing as waste and everything has a purpose. This is so critical an idea in a city with a very big waste problem and a thirst for solutions.

As more people see what Sammy has been able to do, some are buying into his ideas and repurposing materials themselves. Cost-effectiveness is a draw, as is the opportunity to improve the environment by keeping materials from landfills and from polluting our streets. While far from a critical mass, slowly but surely, Sammy’s message is being heard.

“With a little bit of imagination and love, almost everything old can be new again.” 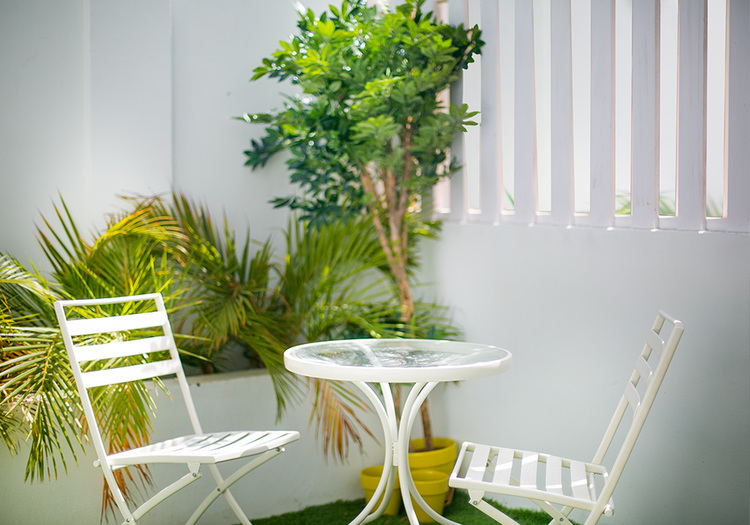