The University  of Ghana is the oldest and largest among all the tertiary institutions in Ghana. Located  at Legon, a suburb of the city Accra, it is situated about twelve kilometres north-east of the city center in the Ayawaso West District of the Greater Accra Region. Legon is adjacent to one of the most prestigious residential suburbs of Accra – East Legon and only about 20 minutes drive from the Kotoka International Airport.

The  presence of the center of higher education (University  of Ghana) has further made Legon and its surrounding communities a perfect location for home buyers as well as  real estate developers. Known for its signature red roof tiles and white painted buildings, the University of Ghana emits the radiance of architectural colonial heritage.

The University believes in communal living as an essential part of student life. It is therefore primarily residential, providing accommodation in Halls of Residence for both undergraduate and post-graduate students as well as flats and guest rooms for senior members and visiting lecturers and dignitaries.

The colonial architecture of halls of residences are awe inspiring, leaving students to boast about the splendor of their various halls. There are fourteen halls of residence and two hostels. These halls and hostels provide students with utilities and amenities to make their lives on campus worthwhile.

Akuafo Hall – The Hall was officially opened on 17 February, 1956, to commemorate the generous gesture of the farmers of Ghana in giving money for the foundation of the University College. Akuafo made up of a main hall and the annexes. Like Legon Hall, three students occupy a room in the main hall, while four students are assigned to a room at the annexes.

Mensah Sarbah Hall – It was officially commissioned in 1963 as the fifth Hall of Residence  in recognition of Mr. Sarbah’s works and achievements and his contribution to jurisprudence of Ghana’s legal system.  Mensah Sarbah Hall is a name that resonates gender parity being the first mixed gender Hall of Residence of the University – an egalitarian initiative that has since been replicated in other Halls.

Volta Hall commissioned on 16th November, 1960, the Hall consists of the main hall originally designed to accommodate 82 students, and an annex with an original capacity for accommodating 198 students, the occupation of which began in January 1966.The hall is an all female hall and the fourth hall of the University.

Commonwealth Hall  The official opening of the Hall was performed in March, 1957, hitherto known as the Third Hall,  it was officially christened Commonwealth Hall to commemorate Ghana’s admission into the Commonwealth of Nations after it gained independence. It is, so far, the only all-male Hall of Residence in the University. It is the only Hall of Residence in the University which has a theatre and amphitheatre for lectures and plays.

Jubilee Hall, located on the southern part of the campus, adjacent to the International Students’ Hostel, was built to commemorate the University’s Golden Jubilee celebration in 1998.  Funded mainly by alumni of the University, the Hall is a group of 4 (four) multi-purpose blocks containing single study bedrooms, self-contained flats and double rooms. Facilities in the Hall include common rooms, libraries and restaurants. There are rooms suitable for disabled students.

Jean Nelson Hall, also established in 2011  was named after the first Ghanaian Vice-Chancellor, Jean Nelson Aka. It was inaugurated in July. Its emblem displays a candle, a book and a pen to symbolize perseverance.. The motto of the hall, “Lux In Tenebris”  is Latin for “Light In Darkness”.

Hilla Limann Hall, the first of the University of Ghana Enterprise Limited (UGEL) Hostels to be completed. It was inaugurated in July 2010,and named  after Hilla Limann, a former President of the Republic of Ghana.

Elizabeth Sey Hall, it was inaugurated in July 2010 and was named after the first female graduate of the university.

United Nations Hall (formerly Bani Hostel,) initially a private hostel which was later turned into a hall after the tenancy agreement with the University had elapsed.

Evandy Hall, formerly Evandy Hostel and this was turned into a hall after the tenancy agreement with the University elapsed and ownership transferred to University authorities,

The University Hostels include  International Student Hostels (Phase I and II ) popularly known as ISH which is mainly occupied by Foreign students.

Valco Hostels (Phase I and II) The hostel is for postgraduate students of the University. This hall consists of three storey blocks for both male and female students.

The university of Ghana stands tall among all the tertiary institutions in the country in terms of architecture, landscaping and student accommodation. 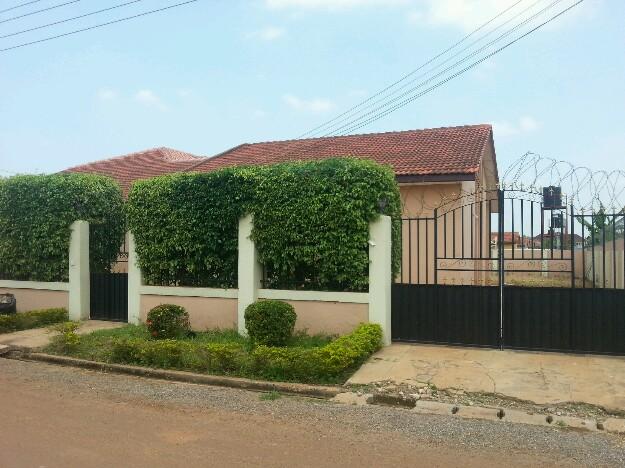